PDF Version
Overview Map
Day
Location
Details
Meals
1
Arrival
We’ll greet you at the airport and get you to your hotel – you’ll spend the night in the city that brings together East and West, Istanbul….
2
Istanbul
There may be no city on earth quite as beautiful – join your expert guide on a tour you’ll remember always…. Marvel at the jewel encrusted treasures of Topkapi, tributes paid to the sultans for safe passage east and west, the Emperor Justinian’s Hagia Sophia covered in glorious mosaics, the Blue Mosque, the Byzantine Hippodrome (the bronze snake statue was a monument set up at Platea to celebrate the Greek victory over the Persians; it’s traveled from Persia to Greece to Rome to here…). You’ll end the day exploring the fabled Grand Bazaar – under this roof, one can find anything from linens to gold…. Watch the sun set over the Bosphorus, you’ll sleep here tonight.
Breakfast
Lunch
3
Istanbul Bosphorus Cruise
After breakfast, you’ll spend the morning cruising on the Bosphorus, taking in the ancient city from a new angle and gaining a sense of the thriving commerce that has made this a pivotal place for millennia. Should the weather not cooperate, fear not, we’ll head inside and tour the stunning Dolmabahce Palace for a glimpse of life at the peak of Ottoman rule. The rest of the day is yours – wander the souk, explore one of the many museums, shop for spices or a traditional coffee mill…. Later, if you choose, we offer the option of a traditional dinner accompanied by belly and folk dancing. You’re here for anther sunset…
Breakfast
4
Departure
After breakfast, we’ll get you to the airport for a flight home filled with memories.
Breakfast
5
Kayseri Cappadocia
Your journey begins with a pickup in either Kayseri or Nevsehir Airport – when we’re all together we’ll head out on our two-day exploration of one of the most naturally beautiful and historically mysterious regions in the world – Cappadocia. After a short drive we’ll arrive at Rose Valley – at first, it’s the lush greenery and dramatic rock formations that catch your eye, for a more peaceful spot is hard to imagine. Then, you’ll come upon the first of the justly celebrated rock-cut churches that dot the landscape here. Dating to the early days of the church, some as early as the fifth century, these magical spaces were dug from the living rock and richly decorated with relief carvings and frescoes – marvel at the efforts made in creating these monuments in this remote land. You’ll rest up and enjoy lunch in the village of Cavusin, in the shadow of ancient cliffside churches. We’ll start the afternoon’s exploration with a visit to the incomparable Ortahisar Castle – a massive natural fortress that dominates the town and reveals nothing of the structure hidden within. From a castle in the sky to a city underground – the Kaymakli Underground City, a massive structure created by the early Christians of the area in an attempt to escape persecution. Housed completely underground, nearly one hundred tunnels connect floors of store rooms, stables, kitchens, living quarters, a church, graveyards -- all protected by ingenious defenses and traps in the event of attack. Before our day ends we’ll visit Pigeon Valley, once home to huge flock of the birds. Early Christian inhabitants in the area prized the birds as a source of food, fertilizer and long-distance communication and chiseled elaborate dovecotes into the rock walls of the valley to encourage them to stay. It’s said that the fertilizer (pigeon droppings…) of the valley account for the superb vintages turned out by local wineries – judge for yourself when we visit one of the traditionally-run establishments and its lovely vineyard. You’ll spend the night in Cappadocia.
6
Cappadocia
This morning takes us to the beautiful Devrent Valley. Here you have the option to see the surrounding landscape in a unique fashion – hot air balloon! Whether you choose this option or prefer to walk along the valley floor, the otherworldly “Fairy Chimneys” that dot the way will captivate you. These geologic wonders continue into the Pasagabi (Monk’s) Valley which we’ll visit on the way to Avanos. Here we’ll lunch on local specialties and admire the hand-crafted ceramics which are synonymous with the town. The afternoon will find you in the Goreme Open Air Museum, a fascinating complex of richly frescoed churches, chapels and monasteries established in the tenth century. We’ll stay the night in Cappadocia.
7
Cappadocia Kayseri
After breakfast we’ll get you to the airport and on behalf of the people of Cappadocia, wish you a good journey. 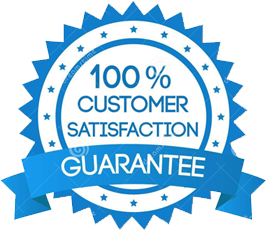